I was asked to create a sculpture for the Westbrook School courtyard revitalization. Donna Brown was the landscape architect working with Kerri Buksa on this project. I was working with Donna on the Pigeon Lake project when she asked me to think of something sculptural and abstract that could be attached to the concrete dome-shaped fountain. The school was designed in1966 by the architect Peter Hemingway in the modernist style. He also designed the Coronation Pool in Edmonton, now known as Peter Hemingway Pool.

The Westbrook School courtyard, original to his design, had been neglected over the years. The Parents Association undertook a two year fundraising campaign to bring this project to light. The concrete dome needed a custom built water di-fuser for the top. I designed it so the water would cascade prominently in three directions but cover the whole dome. The area of the courtyard in which the fountain is located is in the mountain and boreal forest quadrant of the courtyard. I thought about what I see when I look at the side of a mountain: tree lines carved away by avalanche chutes. This was my inspiration. I wanted to create an abstraction of the avalanche chutes in metal. I forged solid iron plates, and textured them using my power-hammer. I incorporated solid copper pieces and bronze brazing to bring the three branch design into one cohesive piece.

I learned that Peter Hemingway’s widow was given a tour sometime after the dedication ceremony. I was told she was a little teary eyed when she commented that Peter would have been pleased. I was honoured to have been part of this revitalization project at Westbrook School; paying homage to its past and leaving a legacy for students of the future.

The photo of the child’s drawing was forwarded to me by someone associated with the school; it made my day. Photo credits for this blog courtesy of Darren Jacknisky of Bluefish studios. 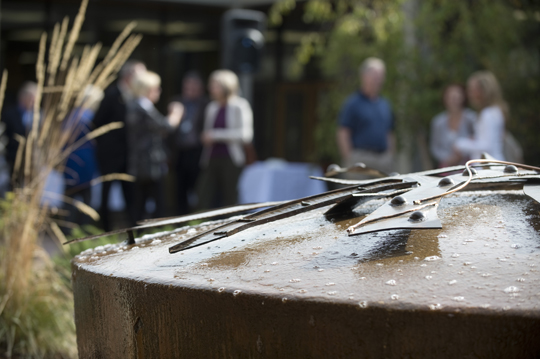 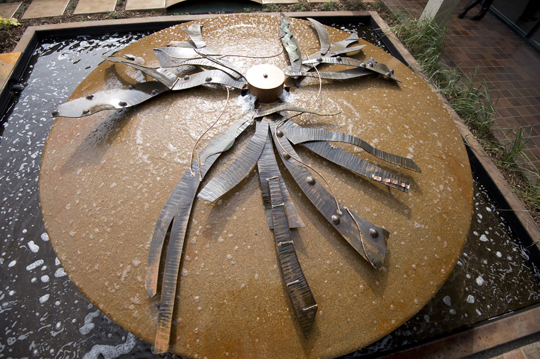 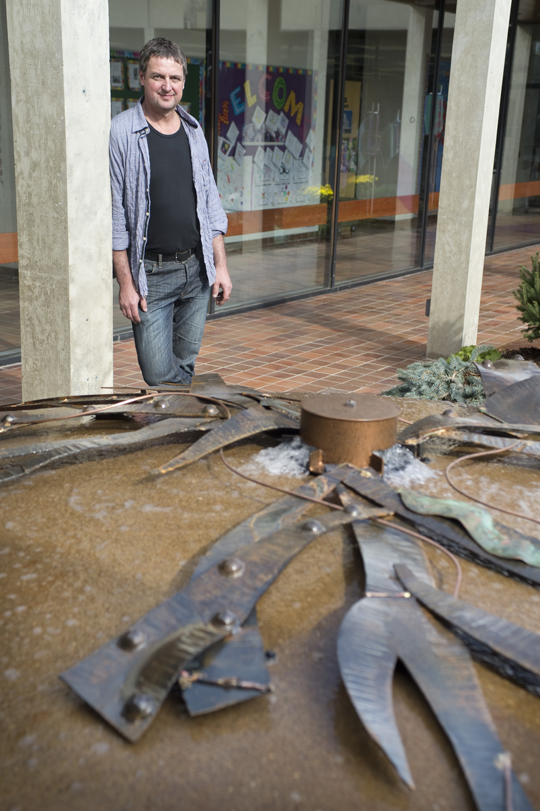 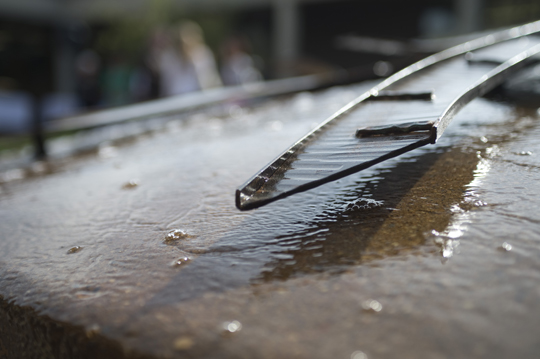 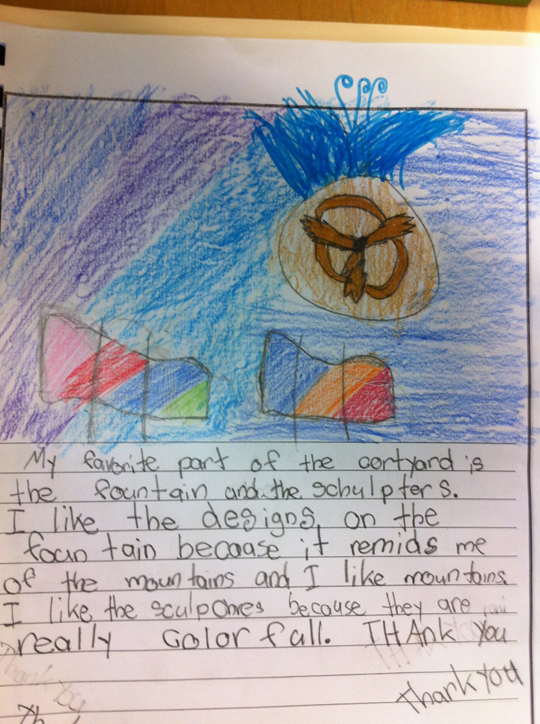